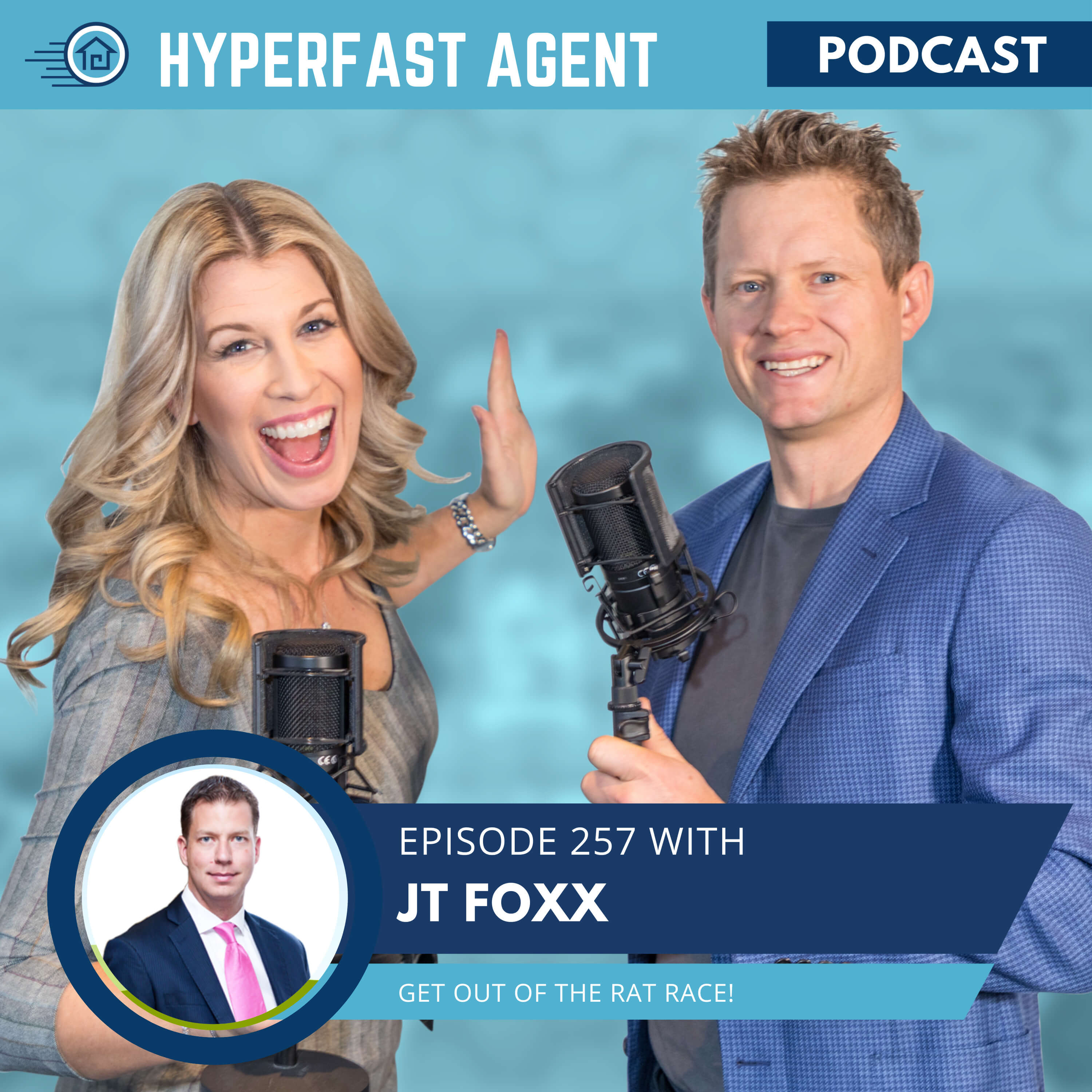 How to Grow to 6 Figures (and Beyond) in Real Estate

JT Foxx is a serial entrepreneur, investor, and a wealth & business coach.

Join JT Foxx and host Dan Lesniak as they talk about wealth building, work ethic, and how to escape the rat race of chasing deal after deal. JT made his first million at 24, his second million at 25, and his first 10 million at 28. Today he has business interests in 54 countries… But he says his first deal is still the hardest deal he ever did.

Listen to this episode, and you’ll hear…

💬 “You’re fighting against the guy who’s broke, got no money, and knows that beating you is going to be the greatest thing that’s going to happen in his life.” – JT Foxx on why complacency is so dangerous in real estate

💬 “Losing sucks… winning goes away after five minutes, but losing, it bothers you until you win again.” – JT Foxx

💬 “If you’re good at [being a real estate agent], it gets overwhelming and busy. I mean, you’ve got 10-20 listings at the same time, then you’ve always got to get new deals to fill the pipeline. Then you’re dealing with all kinds of personalities…” – JT Foxx on why many real estate agents never become investors