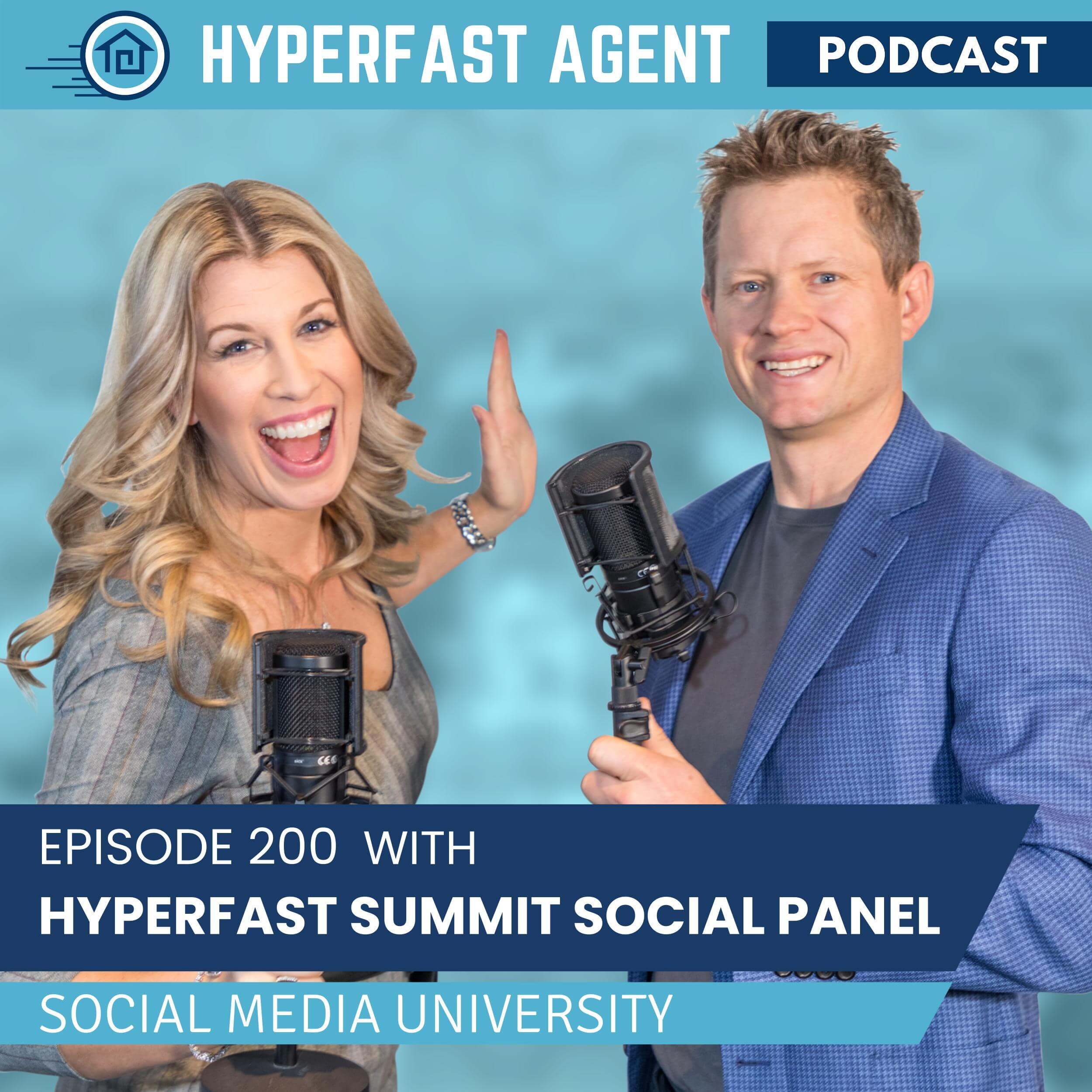 On this episode of The Hyperfast Agent Podcast, we listen in on the Social Panel as they present at the 2020 HyperFast Sales Summit. The panel, comprised of Tristan Ahumada (Lab Coat Agents), Eric Simon (The Broke Agent), Dylan Tent (The Helirealtor), Eric Delgado (Optimé Holdings), and Lana Rodriguez (The Lana Rodriguez Group), offers numerous tips and tricks to help you master different social media platforms like TikTok, Instagram, and LinkedIn.